How to become an Ordained Licensed Commissioned Minister in Oklahoma | Complete Marriage Laws Codes Statutes Regulations | Ordination Minister Marriage License | Requirements to Get Married | How to perform marriage | Register | Who Can Solemnize a Marriage, Legally Marry and How can I get ordained in Oklahoma and do weddings | Senior Citizen Ordination | World Christianship Ministries |

38+ Years of Ordaining People as Independent Christian Ministers
Fast, Reliable Ordination - Rated A+ by the BBB


Become a Legally Ordained Licensed Minister in Oklahoma. You will have authority almost immediately to do Marriage and Wedding ceremonies. You can become a Marriage Minister and earn a good part time or full time income. You can do wedding services for family and friends. Ordination for Christians is Simple and Quick. 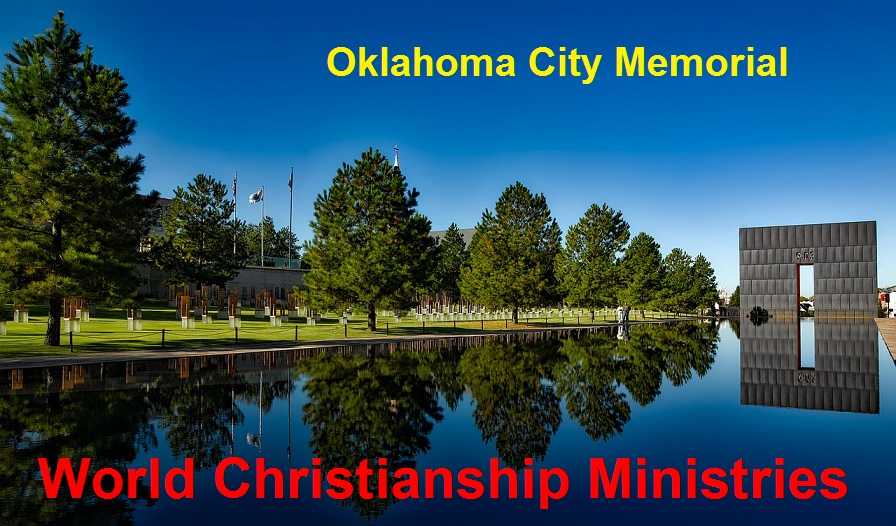 1. Get Ordained - View information about what World Christianship Ministries offers and our brief application. Click Blue Apply Now Button below.

3. Perform the wedding ceremony....We suggest you get a copy of World Christianship Ministries "Marriage Minister Handbook" before doing a wedding.  It is a "straight to the point" guide for everything concerning the wedding such as: handling the Marriage License, where people stand, example marriage ceremonies, opportunities open to you as a Marriage Minister, Advertising, Location of Ceremonies, what to wear, and more. (Based on over 2,500 weddings performed by the Administrator of WCM).

Who Can Do Marriages in Oklahoma

In Oklahoma you must file a copy of your Ordination Certificate with the Court Clerk in your county before doing marriages.

A.  All marriages must be contracted by a formal ceremony performed or solemnized in the presence of at least two adult, competent persons as witnesses, by a judge or retired judge of any court in this state, or an ordained or authorized preacher or minister of the Gospel, priest or other ecclesiastical dignitary of any denomination who has been duly ordained or authorized by the church to which he or she belongs to preach the Gospel, or a rabbi and who is at least eighteen (18) years of age.

B.  1.  The judge shall place his or her order of appointment on file with the office of the court clerk of the county in which he or she resides.

2.  The preacher, minister, priest, rabbi, or ecclesiastical dignitary who is a resident of this state shall have filed, in the office of the court clerk of the county in which he or she resides, a copy of the credentials or authority from his or her church or synagogue authorizing him or her to solemnize marriages.

3.  The preacher, minister, priest, rabbi, or ecclesiastical dignitary who is not a resident of this state, but has complied with the laws of the state of which he or she is a resident, shall have filed once, in the office of the court clerk of the county in which he or she intends to perform or solemnize a marriage, a copy of the credentials or authority from his or her church or synagogue authorizing him or her to solemnize marriages.

4.  The filing by resident or nonresident preachers, ministers, priests, rabbis, ecclesiastical dignitaries or judges shall be effective in and for all counties of this state; provided, no fee shall be charged for such recording.

C.  No person herein authorized to perform or solemnize a marriage ceremony shall do so unless the license issued therefor be first delivered into his or her possession nor unless he or she has good reason to believe the persons presenting themselves before him or her for marriage are the identical persons named in the license, and for whose marriage the same was issued, and that there is no legal objection or impediment to such marriage.

D.  Marriages between persons belonging to the society called Friends, or Quakers, the spiritual assembly of the Baha'is, or the Church of Jesus Christ of Latter Day Saints, which have no ordained minister, may be solemnized by the persons and in the manner prescribed by and practiced in any such society, church, or assembly.

B.  As used in this section:

b.   are designed for married couples or couples engaged to marry and are directly related to solemnizing, celebrating, strengthening or promoting a marriage, such as religious counseling programs, courses, retreats and workshops; and

Other Marriage Laws, Statutes in Oklahoma

Any judge of the district court, or clerk of the district court, knowingly issuing any marriage license, or concealing any record thereof, contrary to the provisions of this chapter, or any person knowingly performing or solemnizing the marriage ceremony contrary to any of the provisions of this chapter, shall be guilty of a misdemeanor and upon conviction thereof shall be punished by a fine of not less than One Hundred Dollars ($100.00) nor more than Five Hundred Dollars ($500.00), or by imprisonment in the county jail not less than thirty (30) days nor more than one (1) year or by both such fine and imprisonment.